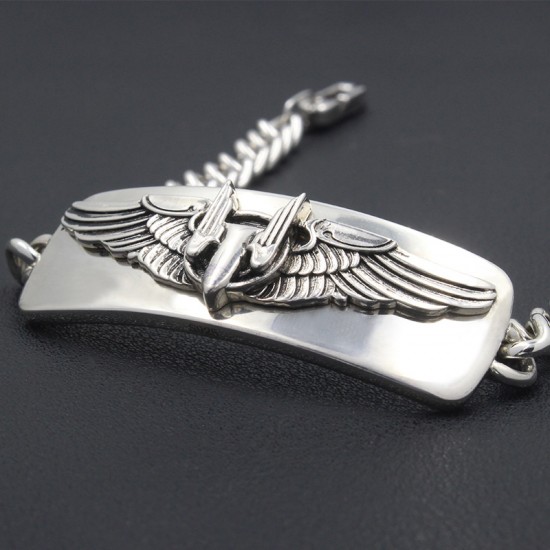 Gift box: Each Ring with a Gift Box;

The Aerial Gunner Badge was a military aeronautical badge of the United States Army Air Forces and was issued during the Second World War. The badge was first created and authorized on April 29, 1943[1] to recognize both the training and hazardous duty of aerial gunners, who manned defensive machineguns on board such aircraft as the B-17, B-24, B-25, B-26 and B-29 bombers. The Aerial Gunner Badge appeared as a standard observer badge, upon which was centered a winged bullet. It was primarily awarded to USAAF enlisted aircrewmen, but a small number of commissioned officers also qualified and were awarded this insignia, to include film actor Clark Gable.

Those having received the Aerial Gunner Badge were permitted to wear the original badge until 1955, at which time the badge was no longer authorized for display on an Air Force uniform.